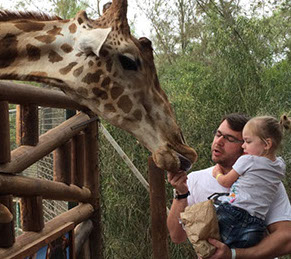 Hi, I'm Gary. Thanks for taking the time to check out my site!

I am a hard working and enthusiastic member of a team with the ability to 'knuckle down' and work by myself. I enjoy creative pursuits but I am also very business minded, so you don't need to worry that if you give me a serious task to perform I'll just sit doodling!

I have a wide range of skills and feel that I can turn my hand to most things given a brief.

I have been working for the same company since July 2008 directing and producing live shopping telly, it's been good fun in the most part but now it's time for a change.

I took the job working away in London with the intention that I'd only do 6 - 8 weeks until another Bristol based job came up with the BBC or similar and I'm still here 7 years later.

I'm now a very different person to the young TV experience hungry guy I was in 2008. I'm now a married parent awaiting the arrival of my second child. This has made me take stock, look at my life and realise a fundamental truth about work... I'm away too much, and I'm not in love with it the way I was when I was single and carefree.

So, with my cards on the table I am looking for a career change. Something I never thought would happen, but far from a feeling of dread I instead find myself excited about the possibilities ahead. I have a lot of skills to offer other industries.

I am computer literate and fairly clever so quick to 'get it'. I  have filming/ photography/ editing kit which could save a marketing department a lot of hassle and expense.

At this point in proceedings I'd invite you to take a look at the video below. This is my 'showreel', a moving CV if you like which shows some of my skills at play. Everything shown here was shot, edited or animated by me!

I love being a family man!

I'm loyal, I've never quit because a job was too hard or too stressful and I like to see things through.

All I really need to make me happy at work is to know I've made a difference...

As a producer I need to react to changing circumstances quickly to make sure we make the most money possible to achieve hourly sales targets.

I can build websites (like this one), take compelling product pictures and shoot high quality video.

I own cameras, microphones and editing software which I can use to make your company look great!

I think I'd make a great addition to your business because:

I'd do the work required to make a success of whatever you need, but in time I'd be able to offer creative options. Lots of small business think that marketing or creative work needs to cost a lot of money, but I can bring a lot of your needs in house saving you time and money and allowing you greater creative control over your business.

I'm not just a creative, I am PC literate, a good writer and good in a crisis (you have to be in live TV). I can get my head down and get work done or direct an event while smiling a greeting people. I am versatile, friendly and

I worked for a year on Bargain Hunt but left to work on a Top Gear spin off called Stars In Fast Cars!

I was producing the Gala TV channel when a presenters tooth fell out live on air!

I won a BBC student film festival when I was 21, one of the judges was a producer from Top Gear!

- Proficient in Adobe After Effects

Currently work as a live Producer/ Director with the added responsibilities of producing item promo’s, special openers and plasma  loops for the channel. My main role for the last year has been Producer, which involves strategy and timing as well as communicating what I want to everyone else. The 4+ years before this I was a Technical Director responsible for vision mixing the channel and ensuring the quality of the look of the output. This experience is perfect for making demonstration content as this is exactly what shopping channels do 24/7- demonstrate items for sale focusing on key selling points.

My duties were to ensure smooth running of the studio and provide communication with the gallery. The position was multi skilled. This includes Vision Mixer/ Director, Producer, Assistant Producer and Graphics Operator. This meant being capable of filling in for any of the professional roles at any time.

Ongoing    “Santa’s Little Helpers”. My own film shot on dv, as yet unfinished

1999- 2002        HTV Production  Workshop A production training workshop run by what is now ITV West, an ongoing programme until it’s closure.

Intensive course that dealt with finding people, researching content, judging evidence quality and being objective. The course was also very useful for legal information and seeing content from an outsiders perspective.

A short course run by Chloe Rawlings an experienced director and sound recordist with the BBC. The course dealt with pro’s and con’s of different kit and the best way to use each piece.

I attended 2 of the 2 day courses run by experienced members of production staff. The first one dealt with dv camera operation and safety, the second with self-shooting on full sized Digi-Beta cameras.

I have also completed the BBC Health and Safety modules as well as completing a Safety at Heights course while at Endemol.

Completed BTEC National Diploma in Media. The complete details of my certificate are available on request. The general grade of it is that of Distinction. I gained skills in camera work, editing (in Final Cut Pro, After Effects and Photoshop) and directing.

I am a committed and hard working person, quick to ‘get it’; I pick things up easily. I have a broad spectrum of interest and can find common ground with most people.

I own a significant amount of video/ camera equipment and am able to make a ‘complete package video’ from start to finish myself.

I am self motivated and can 'crack on' by myself as well as working with or part of a team.

I am very capable of researching a product video right up to creating the content by myself with little help. I am a very motivated person who loves a challenge and seeing the reaction to a great finished result!

Referees details are available upon request.

I'd love to hear from you if you're looking for someone who's skills meet mine.

Please use the contact form to send me an email or  email me directly at work@hiregary.info, whatever is easiest for you!

I am available around my shifts to talk about or come to see you to discuss any opportunities, I sincerely look forward to hearing from you